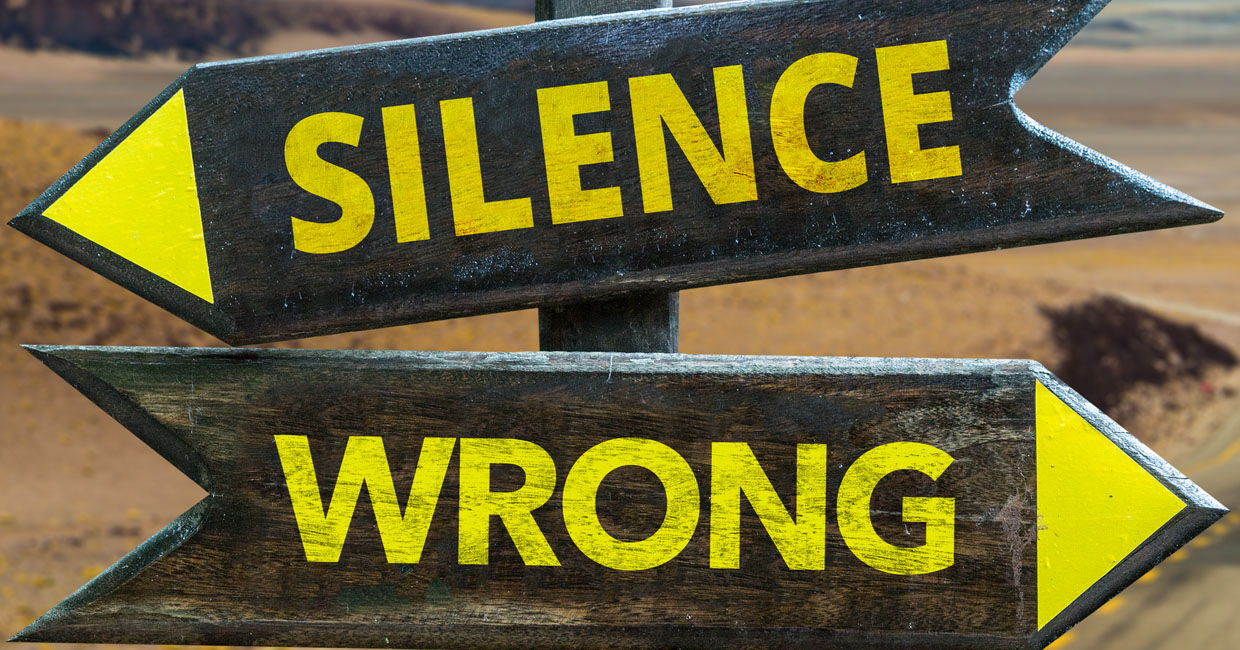 Donald Trump’s use of the Holy Bible as a photographic, political prop was a profane act. The fact that he held it upside down is a mockery of the Holy Writ. His exploitation of St. John’s Church as a backdrop for his political agenda was insulting. His photo with his wife before the Shrine of Saint John Paul II was more than offensive. Donald Trump disrespected the sacred spaces and symbols of Catholic and Episcopal believers.

The Rev. Mariann Edgar Budde, the Episcopal Bishop of Washington, D.C., spoke out against the President’s actions at St. John’s Church saying that his “symbolic misuse of the most sacred texts of our tradition” implied that his actions were “spiritually” condoned despite “a message and a posture that is antithetical to the teachings of Jesus.”

Washington’s Archbishop Wilton D. Gregory expressed outrage over the actions at The National Shrine of Saint John Paul II. Mr. Trump’s office had scheduled the event to sign an executive order on religious freedom. The optics and purpose were changed leading the Archbishop to make his feelings clear calling this an “egregiously misused and manipulated” action that “violates our religious principles…”

Mr. Trump’s press secretary is denouncing these leaders for being critical of the President. But why are theirs the only voices we hear? Rev. Budde and Archbishop Gregory should not stand alone in defending the principles of our faith. As denominational leaders, pastors, clergy, and believers we must raise our voices in solidarity with our sister and brother in Christ. If we recognize the sinful and shameful nature of Mr. Trump’s actions, we must cry aloud. (Isaiah 58:1)

In fact, religious leaders and worshippers of all faiths must stand with Rev. Budde and Archbishop Gregory today because the bell will toll tomorrow for every faith. If not this President then some person or group following his example will think it acceptable to disrespect a sacred shrine, or a mosque, or a temple, or a synagogue, or another place of worship.

Dietrich Bonhoffer said that, “Silence in the face of evil is evil itself.” This act was evil. It started with an act of violence against a group of peaceful citizens exercising their legal right to protest. This was not a noble act; it was a sin. It was not a misjudgment; it was a premediated insult based on the assumption that because these sacred spaces are open to all, they can be manipulated by anyone. If as leaders and ministers of faith we are silent, we are complicit. I urge you to communicate your support of Rev. Budde and Archbishop Gregory to the President, to the media, to your congregations and denominations, to your colleagues by speaking, writing, preaching, tweeting, broadcasting and publishing through any available platform because if we do not speak out, truth will stumble in the street and honesty will not be able to enter. (Isaiah 59:14)

The EZRA Project Response to the Corona Virus Pandemic
May 8, 2020